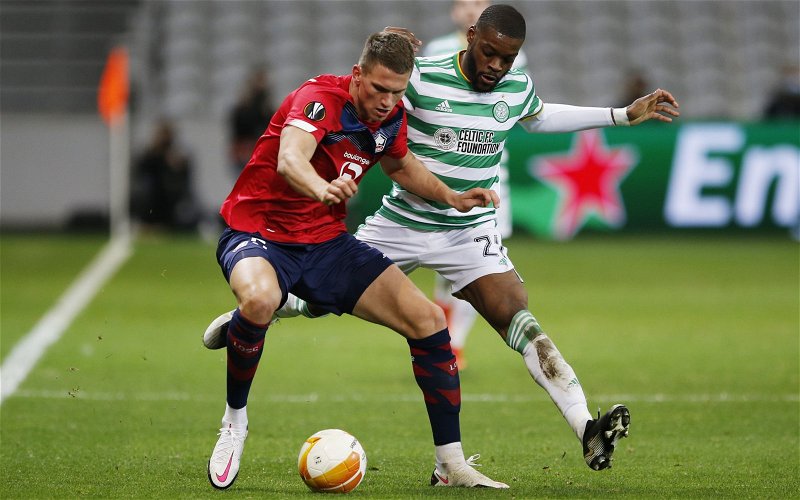 Celtic Way writer Tony Haggerty believes that it would be better for both Olivier Ntcham and Celtic if they parted ways.

The midfielder left Celtic Park on loan in February, joining French side Olympique Marseille but the move didn’t workout for Ntcham, as he only made six appearances in all competitions for the club.

Upon his return to Celtic Park, FourFourTwo reported that he and Kristoffer Ajer have been left out of Celtic’s Champions League squad, creating speculation about his future in Glasgow.

After a tough season, Haggerty told TIF: “I feel sorry for Ntcham in the sense that his career has gone into freefall and sometimes you can’t stop the spiral and it might better for Ntcham to go elsewhere, just get his head right and play somewhere else, a fresh challenge.”

Whilst Haggerty believes a fresh challenge would benefit Ntcham, with new boss Ange Postecoglou at the helm, he did also speculate whether the change of manager could help get him back to the form he has shown for the Glasgow giants previously.

He added: “Maybe if Ange can work his managerial magic and get a tune out of him, then Celtic might see the best of him again, but I’m of the opinion that it’s better for both parties if they part ways.”

Ntcham featured under Postecoglou in pre-season for Celtic and even though he has been left out the Champions League squad, the midfielder will be hoping to impress the new manager and force his way back into the starting XI.