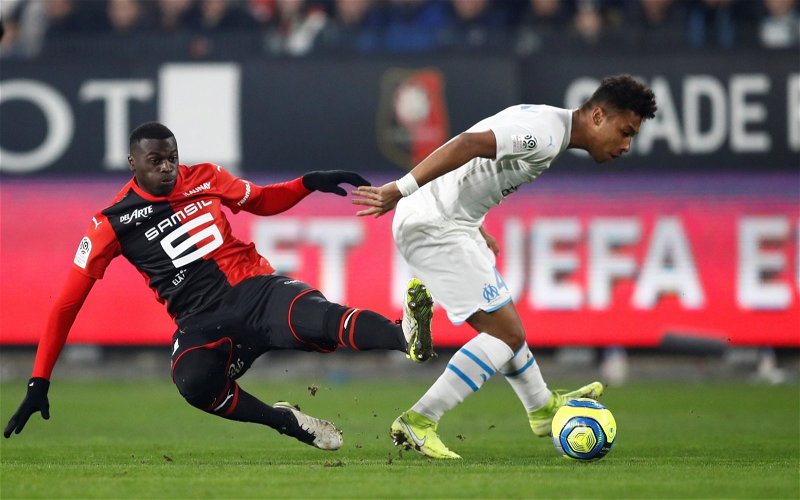 Celtic fans on Twitter have been responding to the latest transfer claim to emerge concerning the Parkhead club.

It appears as though Celtic have upped their interest in Stade Rennais striker M’Baye Niang this summer, having ‘taken some information’ over a potential deal.

This follows reports from last week which suggested that they were interested in the striker.

This post then gathered a number of replies from Hoops supporters who were quick to share their thoughts on this latest transfer claim.

So, what did these Celtic fans have to say in response to this transfer claim linking the club with a move for Niang?

Some Celtic fans were rather pleased by this latest claim.

“Signing of the season if they pull this off”

“Would be a terrific signing, a player who probably hasn’t quite lived up to his potential but has showed in glimpses what he can do. Playing for a dominant Celtic side In front of a big crowd could be a great influence on him. His one-touch finishing is outstanding.”

“I think this is a player we could easily sign. Already has great experience playing in Europe and International level.”

Other fans, however, were not so happy to see Niang linked with a move to Celtic.

“Boy has a stinking goalscoring record”

“Hard to get excited about this. Likely to be Eddie’s replacement IMO”

“Not that interested in this tbh but with eddy leaving and is very fast is Ange looking for rapid pace upfront instead in Ajeti?”

Looking at the replies to this post, it seems as though the idea of Celtic signing Niang this summer has completely split this group of Hoops fans, with some excited by the prospect and others not interested.

Would you take Niang at Celtic?

In our view, given how Niang only managed to score one goal in 17 appearances throughout the 2020/21 season for the French club and Saudi club Al-Ahli Jeddah where he had a loan spell for the second half of the season, perhaps Niang isn’t the right person Celtic should bring in this summer to boost their attacking power.