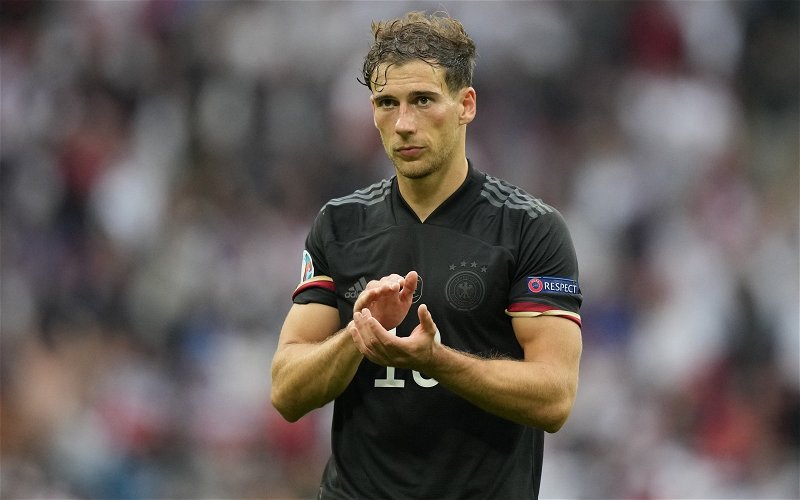 Dean Jones offered his latest insight into Manchester United’s potential pursuit of Leon Goretzka when he spoke on the The Football Terrace’s The Done Deal Show.

There have been rumours circulating that the Red Devils are eyeing up a move for Goretzka, who has been with Bayern Munich since 2018 when he joined from Schalke, although he only has one year left on his current deal. 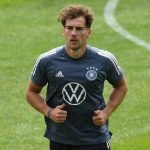 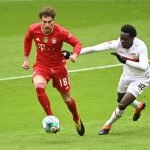 The Red Devils may have their hand forced later in the window in terms of bringing in a new midfielder if Paris Saint-Germain step up their interest in Paul Pogba as has been reported, because it would leave them with just Fred, Scott McTominay, Donny van de Beek and Nemanja Matic as senior first-team central midfielders.

Speaking on the latest episode of The Done Deal Show, Jones gave an update on the Goretzka situation.

“They definitely have sounded him out, they also sounded him out for this summer as well, just in case he was available and Bayern were already looking to move forwards if he wasn’t going to stay, but they didn’t really get very far with that.

“They definitely are interested, and again, it comes into that Pogba conversation of what’s happening next, how are we evolving this midfield?

“It’s all going to depend on his contract, he’s in contract talks right now with Bayern Munich. He’s trying to get into that top tier of earners at Bayern and is struggling to get there.

“So he’s a little bit frustrated, but I don’t think, as far as I understand, that there’s any pre-agreement there.”

Considering how prominent a player Goretzka was at Bayern Munich last season making 32 appearances in all competitions, it would be a huge signing for the Red Devils to prise away the midfielder tipped to have a big future in Bavaria, especially if it could be at a cut price with the German now in the final 12 months of his contract.

Goretzka, who is valued at £63 million (as per Transfermarkt), appears to have the whole package as he proved he can score goals at Euro 2020 with Germany with his crucial finish against Hungary, but also, given some of his strengths are interceptions and key passes (according to WhoScored), that could allow Ole Gunnar Solskjaer to deploy the midfielder in several positions including as a number six or eight.