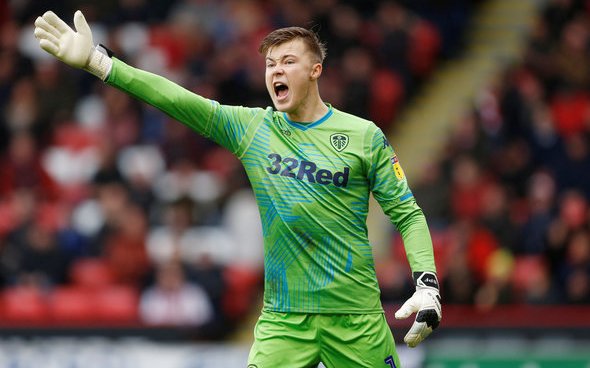 Sheffield Wednesday fans on Twitter have been responding to the latest news to emerge out of the Yorkshire club.

This comes after the official Wednesday Twitter account shared a post revealing that the club have secured a loan deal for Burnley goalkeeper Bailey Peacock-Farrell for the entirety of the upcoming 2021/22 season.

This post then quickly grabbed the attention of a lot of Wednesday fans who were not shy in sharing their thoughts on this latest development.

So, what did these Wednesday fans have to say in response to this news about Peacock-Farrell’s loan move to Hillsborough?

“Well happy with that.”

Looking at the replies to this post, it seems as though these Wednesday fans are delighted to see Peacock-Farrell sign for the club on loan ahead of the upcoming season.

Are you pleased with this signing?

Given how the shot-stopper managed to 11 clean sheets in the 40 appearances he’s made in the Championship for Leeds United, these Owls fans will undoubtedly be hoping he can rack up a better record than that this season with the club in League One.

Considering how the club managed to concede 61 goals in the Championship last season, everyone at the club will definitely be hoping that he can have some sort of positive impact in terms of how many clean sheets they manage to keep next season.