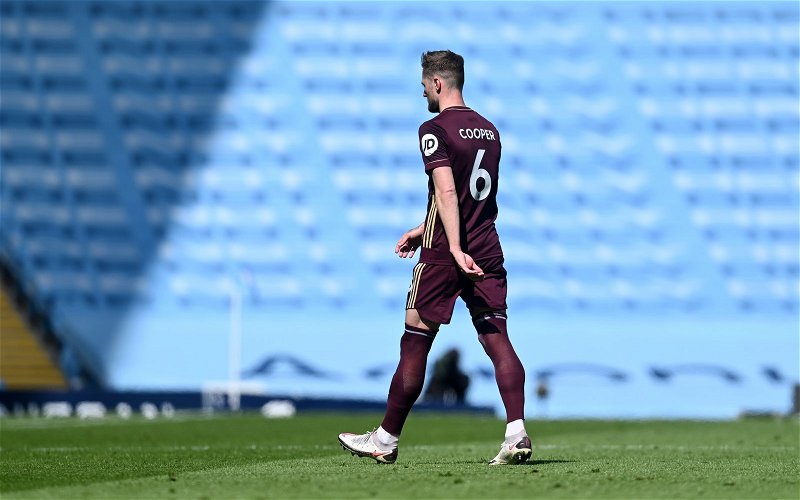 On the latest video on LS11’s YouTube channel, presenter George doesn’t think Liam Cooper will be starting for Leeds United this upcoming season.

Cooper is the club captain and managed to feature in 25 games in the Premier League last season, even managing to pick up two clean sheets in the club’s final Premier League games, having served a suspension in April.

Leeds have four centre-backs currently in the first team squad which include Cooper, Diego Llorente, Pascal Struijk and Robin Koch, but it was certainly Cooper that Marcelo Bielsa preferred as he was handed the most starts in the side of any other centre-back, although ever-present Luke Ayling was occasionally deployed in the heart of defence.

George spoke about what he expects to happen with Cooper next season.

“He’ll will be on the bench – or lower – he might not even make the bench, for me, this season. If you’ve got Llorente, Struijk and Koch on the bench, that’ll do.

“It’s about time we say goodbye to Liam Cooper as captain of Leeds and in any way in the team, for me. Struijk is a much better player than Cooper is.”

It would certainly be an outlandish move from Bielsa to banish Cooper from the starting lineup for this upcoming season considering he has started at least 25 league games for the last four seasons in both the Championship and Premier League.

Having captained the side in the Premier League last term while racking up a 7.06 WhoScored rating, that is a more-than respectable score for Cooper, so it may be unlikely that George will get the change of personnel he desires.

However, with the Scotland international turning 30 in August, perhaps his more youthful counterparts will challenge his starting spot before too long.