On his latest Twitch stream, football journalist Fabrizio Romano has been discussing all things related to potential summer transfer deals.

One name that the transfer expert discussed was Demarai Gray amid speculation surrounding his future.

Is Demarai Gray a good signing for Everton? 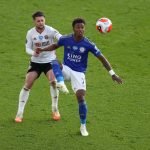 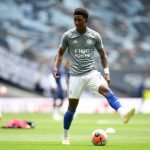 It is reported the Bayer Leverkusen winger is set to undergo a medical ahead of a potential summer switch to join Rafael Benitez’s Everton.

Gray is reportedly set to make his return to the Premier League in a deal worth £1.5m from the Bundesliga side after leaving Leicester City earlier this year (via Transfermarkt).

Discussing the possible return to the English top flight for the 25-year-old winger, Romano had the following to say on his situation.

TIF Thoughts on Gray to Everton…

At a reported £1.5m, this does not seem like bad business from Everton. However, we are not convinced Gray will come in and transform their side.

Gray has had a turbulent couple of years in which he has struggled to nail down first-team football, but this potential move may offer him a fresh start under Everton’s new manager.

Meanwhile, Andros Townsend’s recent move to Merseyside does make us wonder what role Gray will have under Benitez.

Everton will not be playing any European football this season, so a big squad is not essential for them, but there is certainly no harm in having good squad depth in case they are hit with by an injury crisis during the season.

In other news: ‘Can be excellent’ – Presenter heaps praise on ‘£1.5 million’ Everton target