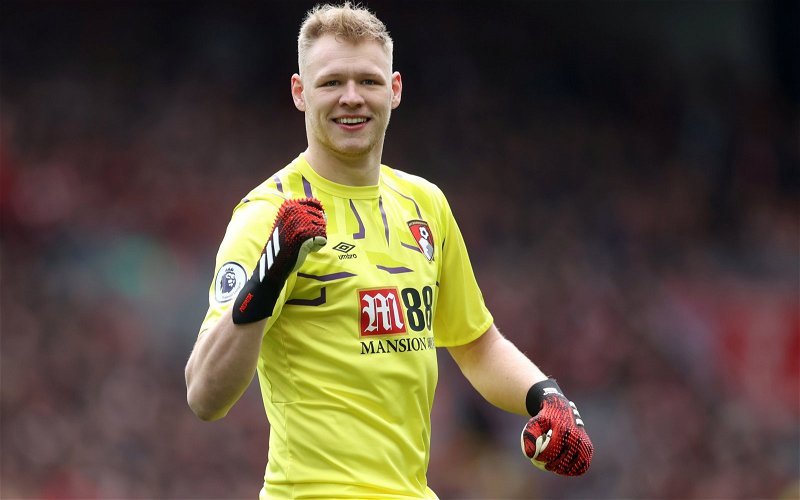 This comes after Jones made an appearance on a recent edition of Touchline Talk where he spoke about a variety of transfer-related subjects.

On the subject of Arsenal’s chase for Ramsdale, which has reportedly seen the north London club have two bids rejected by the Blades for the shot-stopper, Jones had this to say.

“They’re pretty convinced that the player would want to join them, as you would expect that to be the case, they just need to satisfy the financial terms that are needed to get it done.

“£30 million is a lot of money and especially if it’s a position you don’t necessarily definitely need, but there must be a reason that they’re pursuing this so hard and maybe it is that they do think that [Bernd] Leno is going to go.”

Sheffield United signed Ramsdale back in the 2020 summer transfer window from AFC Bournemouth for a fee of £18.45 million after they originally sold him to the Cherries in 2017 for a fee of £846k (as per Transfermarkt).

Given how the 23-year-old, who is currently valued at £10.8 million according to Transfermarkt, has only managed to keep seven clean sheets in 44 appearances across two spells with the Blades, perhaps Arsenal should reconsider whether putting in a significant third bid for the Englishman this summer is the right thing to do.

However, should Bernd Leno leave the club this summer as Jones mentioned, then it would make sense, in our view, for Arsenal to bring in a young player such as Ramsdale to be their new long-term first-choice goalkeeper.

But with the German previously dismissing any possibility of him leaving the club this summer, perhaps Arsenal see Ramsdale as a potential backup option for Leno or even as a competitor for the No 1 spot in the team.