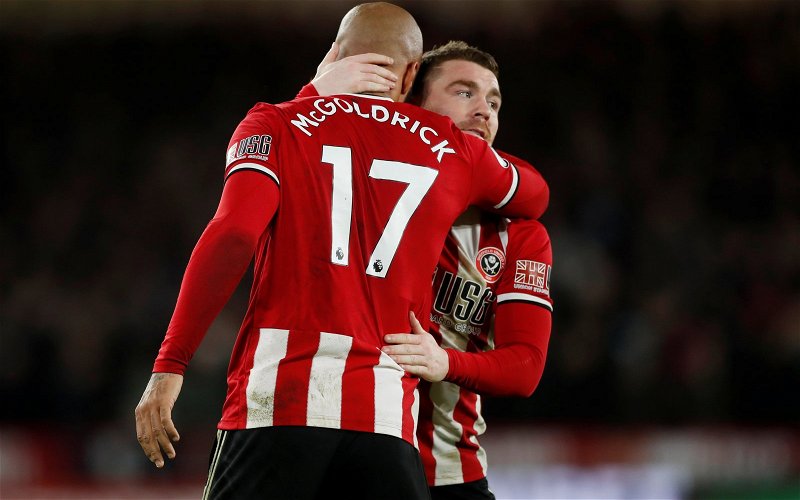 A report from Football Insider has claimed the Baggies are ‘lining up a move’ for the 33-year-old this summer following both sides’ relegation from the Premier League last season.

The Republic of Ireland international is coming off the back of a season where he scored nine goals in all competitions, and has proved himself useful in the second tier in the past, with his last spell in the Championship producing 15 goals.

This news was relayed by sports journalist Pete O’Rourke. However, these claims were rebuffed on Twitter by West Bromwich Albion journalist Joseph Masi, who said there was ‘nothing in reports’ linking McGoldrick with a move to The Hawthorns – news which was met with great delight by the fans online, who obviously didn’t seem too happy about the idea of him coming to the club:

“Phew. He isn’t good enough for us. We don’t need an immobile Sheff Utd reserve player. Thanks, WBA fans.”

@hammermatt1
“Good, would just be another HRK we all love him but he’s just not what we need”
@KieeStampe
“And breathe”
@MAF79
“Thank the lord almighty”
@YoungAd_5
“That’s that, then!”
@TThrostle
“Happy days”
@wavylad
“Thank goodness”
@Evitts7

It just goes to show that during the transfer window, there’s always plenty of stories flying around, so you should never be too quick to believe one side or the other.

In other news: ‘I would take that’, ‘Be more than happy’ – Many WBA fans flock to Matheus Pereira update