West Bromwich Albion fans have been reacting to claims surrounding the future of Matheus Pereira.

The Brazilian had a very impressive season for the Baggies, as he scored 12 goals and chipped in with six assists. So following their relegation from the Premier League, it was no surprise to see that he would become hot property during the transfer market, with a number of clubs reportedly showing an interest in him.

Now, one more club can be thrown into the mix, as a report from ESPN Brazil has claimed that Bundesliga side Eintracht Frankfurt have come in with a bid. It also states that the Baggies are holding out for a bid of £30m to let him go, and that Frankfurt’s is so far the closest offer that they have received to their asking price.

This news was relayed to Baggies fans by @WBAReport, where some fans seemed to be rather happy with the idea of him being sold, especially with the fee being bandied about:

“Ya I would take that tbh”

@WBAJamess
“If it’s close to 30m he’s gone……..”
@PMerrix
“We need to do a deal and allow ourselves to move forwards. There are plenty of players out there we can get who will fit and make a good team. Love his talent but clear he is leaving so let’s make it happen and move on. Keep momentum for us”
@lukestokes84
“If he is going let’s just get a deal done and move on quickly, season starts soon and we need players in. If the fee isn’t as much as we want, get some add ons and a sell-on fee agreed”
@baggiemark75
“Would be more than happy for him to go there”
@ftbl_joey
“21mil profit would do nicely, best bit of business in years from us. Would love to see him go to Germany again”
@danwba_ 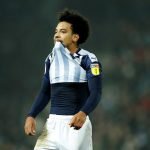 Given that £30m would smash the club’s previous record for selling a player, it’s easy to see why fans might be eager to see him leave, and see it used to invest in a promotion-challenging squad.

In other news: ‘Yessss’, ‘Made my day’ – Lots of West Brom fans flock to update