Lots of Tottenham Hotspur fans have taken to Twitter to vent their anger at the latest announcement to emerge from the club.

On Friday morning, the club confirmed the departure of Juan Foyth as Villarreal took up their option to buy him after a season-long loan with the La Liga outfit.

Should Spurs have included an option to buy for Foyth? 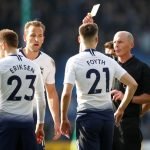 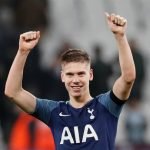 The Argentine defender signed for Tottenham in 2017 from the Argentine side Estudiantes, however, since arriving in London he had only made 32 appearances for the Lilywhites (via Transfermarkt).

It has been reported by Javi Mata (via Football.london) that the La Liga side had a £12.8m option-to-buy clause included in their loan deal for the 23-year-old.

“We messed this one up best of luck to @JuanMFoyth“

Foyth got his hands on his first piece of silverware in his career as he started in the Europa League final which saw Unai Emery’s men beat Manchester United to the trophy (via Transfermarkt).

Going by the reaction of these Spurs fans, it is clear to see they have been left far from impressed by the departure of Foyth despite having not made a huge impression during his time in London.

In other news: ‘Clubs are asking for him’ – Fabrizio Romano reveals interesting Spurs transfer news