Fabrizio Romano has been speaking on Chris Cowlin’s YouTube channel to discuss all things related to Tottenham Hotspur ahead of the summer transfer window.

The main topic of discussion was the north London club’s ongoing search for a new permanent manager following the sacking of Jose Mourinho in April. 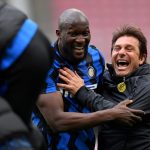 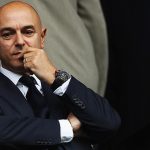 It has been a dramatic couple of weeks for Spurs as they look to fill their vacant managerial role following reported talks with both Mauricio Pochettino and Antonio Conte.

However, according to reports, talks between Conte and Spurs have broken down and Pochettino has had his Paris Saint-Germain contract extended by an extra year, leaving some uncertainty as to the identity of their next boss.

Romano discussed a potential timescale that Spurs fans can expect to wait for their next permanent manager as he admitted the club need to keep their negotiations quiet to prevent any further complications.

He said: So you know, now they need to go with something secret and with clear ideas. So let’s see what happens with [Antonio] Conte with [Erik] Ten Hag, with many others involved.

“But I’m sure that it’s just a matter of some days, and I hope for Tottenham fans because they need a clear project.”

It has now been well over one month since Jose Mourinho was shown the exit door at Hotspur Way and Spurs remain without a manager ahead of this summer’s transfer market.

Last month, Alasdair Gold revealed the Tottenham camp hope to have their manager search wrapped up within 7-10 days. It is now two weeks on from that claim and Spurs seem to be no closer to getting their man.

With the summer transfer window approaching, we think Spurs need to go all-out to get their man in so they can plan the expected rebuild following what was a hugely underwhelming 2020/21 campaign.