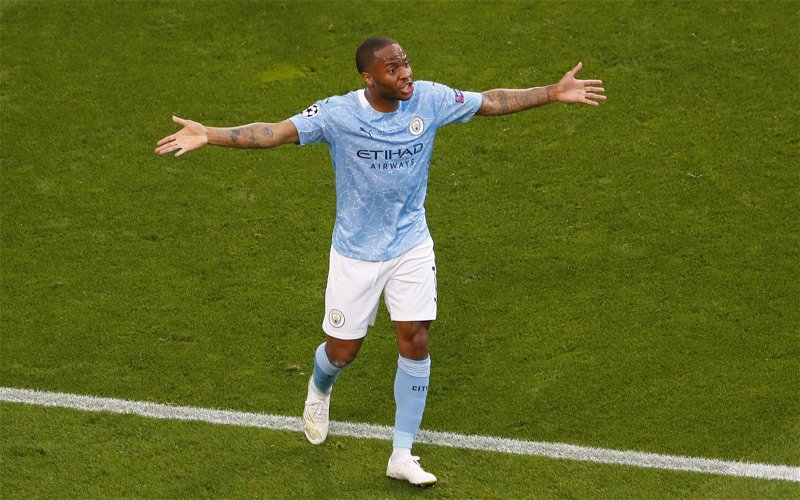 Marcus Bent has questioned whether Raheem Sterling would want to join Tottenham.

The England attacker is reportedly one of the players that could be included in a deal to bring Harry Kane to the Etihad this summer.

The Premier League champions have made a starting offer of £100m, with City reportedly willing to lose Sterling in a part-exchange transfer.

£300,000-a-week man Sterling has been a key part of the club’s domestic success under Pep Guardiola, although his place in the Spaniard’s best XI is currently under threat despite starting in the Champions League final.

That’s because the Three Lions wide man, who scored the winner against Croatia earlier this month, found himself on the bench often in the final few weeks of the season.

Sterling still managed 14 goals and 12 assists to help City win both the Premier League and Carabao Cup, but on a personal level it was a campaign with many struggles.

But despite not being at his best and Sterling recently questioning his lack of game-time, Bent exclusively told This is Futbol that he’s unsure whether he’d want to leave the Etihad as a result:

“Whether he’d want to go there or not, I don’t know.

“If he did, they would have to pay over the odds for his wages, but he would be a top player.”