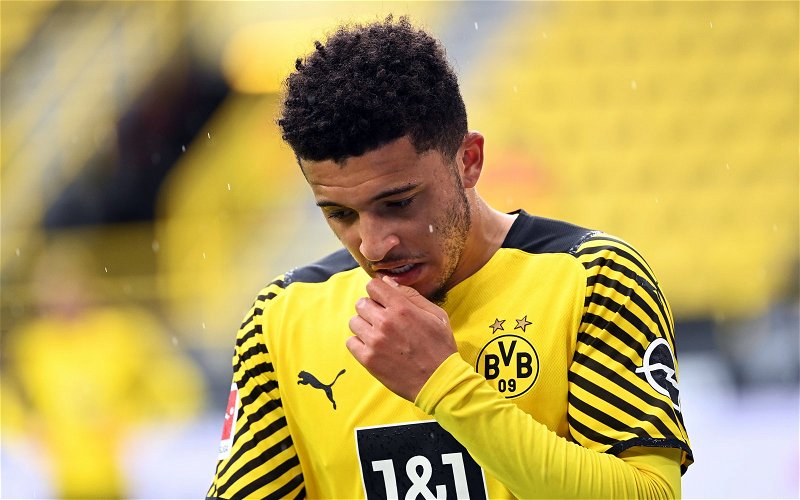 Steve Howey has suggested that a move to Manchester United rather than Manchester City would favour Jadon Sancho.

The ex-City midfielder exclusively told This is Futbol that the Borussia Dortmund winger would have more chance of becoming a regular starter at Old Trafford.

Would be crazy to

Despite his lack of minutes at Euro 2020 for England, with his only appearance so far coming as a late substitute against Czech Republic on Tuesday, the 21-year-old has established himself as one of the most feared wide men in European football during his time in the Bundesliga.

Sancho has contributed 36 goals and 40 assists across the last two seasons in Germany, which has caught the attention of both Manchester clubs, although United are currently leading the race and are expected to complete a deal this summer.

City have also previously been interested, but have the likes of Bernardo Silva, Raheem Sterling, Ferran Torres and Rihad Mahrez in the wide areas.

With that in mind Howey reckons that United would be the better option for the Dortmund winger:

“I’ve heard Manchester United have been linked with them, but it depends where the player wants to be, is he going to get more game-time at Man United than at Manchester City.

“They’ve got Foden, De Bruyne and Gundogan, a good few players. I’ve watched Manchester United, and he would probably start week in week out at Man United, but I’m not too sure at Manchester City.”