Since making a name for himself as one of the brightest up and coming young managers in world football, Frank de Boer has experienced a pretty torrid time but it could have been all different had he accepted the Liverpool job before Jurgen Klopp was offered the role, according to Michael Ball.

De Boer did eventually leave Ajax where he started his managerial career for the job at Inter Milan and despite the hype around him from his work at Ajax he flopped there and was sacked after just 85 days.

Who is a better manager? 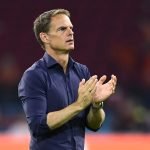 After a short break out of the game, he was handed the reins at Crystal Palace back in 2018 but after just four league games in charge, he was sacked without a single win or goal and has gone down as one of the worst managers in Premier League history, also being publicly mocked by Jose Mourinho.

Klopp has managed to turn Liverpool from occasional top four challengers into Premier League and Champions League winners with some shrewd pieces of business and coaching but it could’ve all been so different for the Reds as Ball revealed exclusively to This is Futbol that De Boer could’ve been their manager:

“De Boer was really highly rated when he was doing really well at Ajax and he turned down the Liverpool job at one point because he had unfinished business with Ajax.”

Many Dutch fans and outsiders looking into the Netherlands team did not expect much because of the manager at the helm but De Boer seems to be getting a good tune out of his group of talented and young players.

The Netherlands qualified from their group seamlessly with three wins and after a scare against Ukraine, they have very rarely look flustered, something that can’t be said for the likes of England and France who have experienced embarrassing draws.