Exclusive: David Norris says £35m was too much for Leeds to pay for Buendia 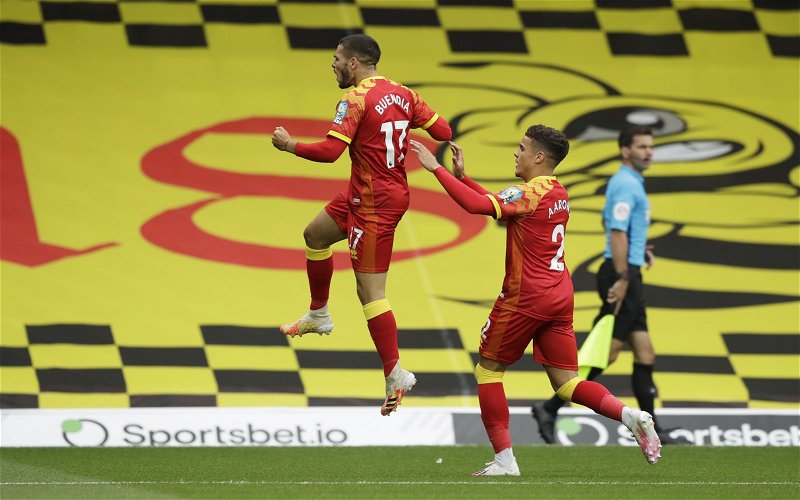 David Norris has told This is Futbol that £35m was too expensive for Emiliano Buendia amid reports that Aston Villa have agreed a deal for the Norwich City star, and he believes that Leeds should look at other targets.

Buendia was linked away from Norwich last summer but stayed at the club and contributed to 31 Championship goals which helped Daniel Farke’s team back into the Premier League.

Despite their promotion at the first time of asking, Buendia has hinted that he wants to leave Carrow Road this summer in a bid to progress his career.

Aston Villa and Leeds were both reportedly keen on the Norwich attacker, who scored 15 times and added 16 assists – the most in the Championship – in 39 league appearances this season.

Leeds are going to need a replacement for veteran creative midfielder Pablo Hernandez, who is leaving this summer after five years at Elland Road, but Norris thinks that £35m was too big a fee for the Argentine.

And he exclusively told This is Futbol that he thinks Marcelo Bielsa can spend the money better elsewhere:

“That’s where I think part of the gamble comes in with it, weighing up for that sort of fee, even though the figures are crazy these days, you want a bit more of a guaranteed that has been there and done it.

“It’s still a big jump from Championship to Premier League and £35m is a bit of a gamble for me that I wouldn’t want to risk, at the expense of bringing in someone else, even for a little bit more but with proven quality.”