The Uruguayan midfielder has been a long-term target for Leeds United, with a report from Italian outlet TuttoMercatoWeb noting their interest as far back as 2019 during Marcelo Bielsa’s first season in charge at Elland Road.

However, at this moment in time, it doesn’t look as if he will be making the move to Leeds United this summer. Journalist Beren Cross notes in an article for Leeds Live that the 25-year-old “is not on the verge of joining Leeds United, nor even on Victor Orta’s current transfer shortlist as it stands.”

And this news left fans growing rather frustrated, as they were starting to wonder just who the club are going to bring in this summer, with no players having been bought yet as they look to improve on their incredible campaign last time out:

@VOYNlCH
“Big shock”
@JoshAHobbs
“At this rate we’re signing no one loool”
@AlanLUFC_
“This doesn’t surprise me at all!”
@london_leeds
“Starting to think we’re not going to make any moves soon enough for Bielsa to get them up to speed, and that concerns me.”
@Matthewbone
“So who are we interested in?”
@Psych_Squirrel 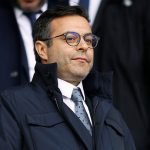 Of course, it should be pointed out that Cross reports he won’t be joining “as it stands”, so there is still plenty of time for Leeds to change their mind on the matter, as well as bringing in any other players along the way.