Leeds-focused page ALAW recently posted an image of Cunha’s activity on Instagram and the image suggested that the Brazilian has now started following Raphinha on the social media platform.

Cunha has been linked with a move to Elland Road over the last few weeks but apart from Leeds, the likes of Atalanta, Napoli and Monaco are also said to be interested in the Brazilian. Hertha Berlin are said to be eyeing a move for Mohamed Elyounoussi to replace Cunha. 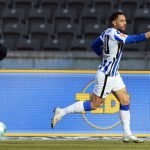 The update from ALAW drew the attention of many Leeds fans, who made their views clear about this potential development.

What did Leeds fans make of the news about Cunha?

“I think this could be the deal that breaks our transfer record, Galen, Cunha, Khvicha, I would be happy with those 3.“

“This deal has Costa vibes all over it! He started following players before the deal was announced!“

“This can only mean one thing. Rapha and Cunha to liverpool.”

“I’d be happy with just Galan and one of the others I think Cunha will make a better chant that Kvicha though.”

Cunha can play on the left-wing, as a striker and as an attacking midfielder too. During his time at Hertha Berlin, the 22-year-old has played 39 games for the club while scoring 13 goals and picking up ten assists as well. Those are very decent numbers.

In other news: ‘Sign him up ASAP’, ‘Our new Hernandez’ – Many Leeds fans buzz over claim on ‘top player’