Exclusive: Lee Hendrie tells Celtic they must find a replacement for Scott Brown

In an exclusive interview with This Is Futbol, former Premier League midfielder Lee Hendrie has urged Celtic to find a replacement for Scott Brown immediately.

After an incredible 14-year spell at the club, the legendary Celtic captain is now set to join Aberdeen in a player-coach role in a move that will leave a gaping whole in the Bhoys’ squad.

For Hendrie, the above, and player recruitment in general, has gone under the radar, with most of the talk about Celtic this season surrounding Neil Lennon and his successor.

Is Brown past it? 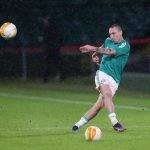 Speaking exclusively to TIF about the Glasgow giants, the Sky Sports pundit said:

“At this moment in time, I really feel that Celtic have sort of stood still and I think the recruitment side of it has got to start picking up. It’s got to be better.

“Obviously Brown leaving the club, you need an immediate replacement for him because he‘s so pivotal. He’s coming to the latter stages of his career, but they knew that.

Rangers have already signed striker Fashion Sakala from KV Oostende ahead of the 2021/22 season as they prepare to defend their Scottish Premiership crown.

It is that kind of forward thinking Celtic could probably do with right now after the disastrous campaign they have just had, though things have obviously been complicated by the manager situation.