Exclusive: Jon Newsome says Billy Gilmour would be a fantastic signing for Norwich

Former Norwich City defender Jon Newsome has told This Is Futbol in an exclusive interview that Billy Gilmour would be a fantastic signing for his old side.

Although he has featured in Chelsea’s last couple of fixtures, Gilmour has struggled for game time at Stamford Bridge this season.

The 19-year-old midfielder could now leave the club on loan, with The Athletic (via Tribal Football) reporting that the decision makers at the west London outfit believe it is time for him to play regularly in the Premier League. 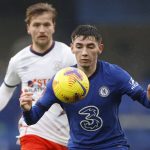 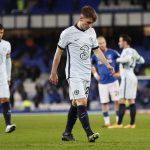 And if that does turn out to be the case, Newsome has made it clear that he would love to see Gilmour at Carrow Road.

Speaking exclusively to TIF about the Scottish youngster, Newsome said:

“What a fantastic signing he would be, and I think it’s good for Billy Gilmour. He needs to get out and play games; he needs football out on the grass.

“Is he going to break into the side at the moment? I can’t really see it happening. So, yes, he needs to get out and what better place to go than Norwich City?”

Gilmour stole the headlines last season when he impressed in Chelsea’s FA Cup fifth-round victory against Liverpool, with Roy Keane claiming the teenager “looked like a world-class player”.

Indeed, he certainly could be an option worth exploring for Daniel Farke and Norwich.