Lots of Celtic supporters have been talking about news regarding David Turnbull that emerged on social media.

The Scottish Sun has recently reported about Turnbull, stating that the midfielder is a transfer target for Premier League outfit Aston Villa, who have watched the ex-Motherwell man many times this season.

Dean Smith is said to have received some glowing reports about Turnbull and Villa are poised to move for the PFA Scotland Young Player of the Year. The club believe that Turnbull would offer them a similar value for money as John McGinn did when he arrived from Hibernian in 2018.

Can Turnbull leave in the summer? 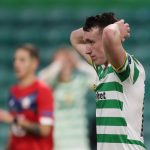 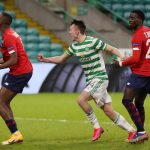 Many Celtic fans were left talking about this news and they took to Twitter to make their views clear.

What did Celtic fans make of the news about David Turnbull?

“Get outta here £7M. Are they trying to use a coupon?“

“Journalism is so lazy nowadays.”

“That offer should and will most likely be put straight into the bin.“

“No way Turnbull leaves this summer. As much as I like Villa he can do so much better. If he stays another season or two and develops under Howe he could play for one of the big teams.“

“Absolute non-starter. We should be building the team around him.”
Credit: @il_James_li
“Never happening. Especially for 7 million, would need to be at least double to talk about it.”

“I was having a good day”

The report from the Scottish Sun has stated that other Celtic players are ‘likely to leave’ on top of Scott Brown, who is departing for Aberdeen.

Turnbull has been a key player for the Hoops this season, having had a hand in 11 Premiership goals and directly contributing to two goals in the Europa League (as per WhoScored).

So losing Turnbull is something that Celtic can ill afford, especially when Ryan Christie’s contract is running out in January and they’d need someone to replace the Scotsman should he not extend his stay. Considering Turnbull’s numbers this season, he can certainly become a key part of the Hoops midfield in the long term.