Lots of Tottenham Hotspur fans have been talking about the latest tweet from Alasdair Gold that emerged on social media.

Gold’s latest tweet had him share a video, originally shared by the official Norwich Twitter account, involving Spurs starlet Oliver Skipp and it has the youngster playing for Norwich City in the current Championship campaign.

Gold also tweeted a caption for the video, saying that the young Englishman has a bright future ahead of him.

Will Skipp play regularly next season? 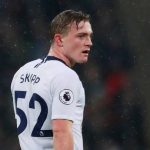 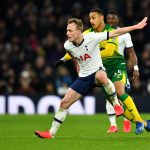 Skipp had performed well during the 2019/20 Championship campaign, as he played 47 times in all competitions for his loan club and scored one goal, picking up a couple of assists as well (as per Transfermarkt).

The 20-year-old midfielder picked up a rating of 6.9/10 for the Canaries and only nine Norwich players grabbed a higher rating than the youngster (as per Whoscored).

Gold’s tweet about Skipp drew the attention of many Tottenham fans, who made their views clear about the youngster.

“I actually cannot wait to see him with hojberg in that midfield, the consistency and levels shown of them two shows they should be our starting central midfielders.”

“I hope he’s properly in the team next season. Hojberg has been great, but 50 games this season has taken its toll. Skippy being able to come in and play a part would be massive.“

“From day 1 our starting midfield should be Hoiberg, Skipp, Dele, and it should probably never waver.”

“His driving runs really remind me of dembele.”

“This kid is class.”

These Spurs fans are buzzing about Skipp and some of them believe that he should be playing in the first-team next season.

There have been question marks about Harry Winks’ future at Tottenham and Moussa Sissoko’s game time has also reduced this season.
So keeping that in mind, it is easy to see why Spurs fans believe that Skipp should be part of the first-team next season.
In other news: ‘Finally’, ‘Well done Daniel Levy’ – Many Spurs fans buzzing as ‘really good news’ emerges