Duncan Castles has been speaking on the latest instalment of The Transfer Window Podcast, where he revealed Manchester City are yet to decide whether to pursue their interest in Erling Haaland.

The Norway international has taken the footballing world by storm since joining Borussia Dortmund 18 months ago, bagging a sensational 53 goals in 56 games for the Bundesliga outfit. 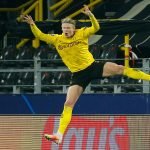 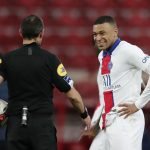 His incredible form has caught the eye of several top clubs across the continent, with City one of the sides heavily linked with the 20-year-old striker.

With City’s all-time leading goalscorer, Sergio Aguero set to depart the Etihad Stadium over the summer, talk has turned to whom Pep Guardiola will replace the Argentine with but, according to Castles, the Spaniard has his doubts over Haaland’s suitability to his unique style of play.

He said: (34:02) “Erling Haaland isn’t an obvious Guardiola player for sure. We talked about that and I think Manchester City are very aware that they have to be careful with this.

“But, what I’m hearing from Manchester City is that it’s not a simple case of Erling Haaland is the best striker in the market, he’s an obvious fit to our team, we go out and do it regardless, that’s certainly not the case.

“There’s a calculation being made. How much is this going to cost? Is there a better alternative on the market? Final decision, not made yet.”

TIF Thoughts on Haaland to City…

City have taken the Premier League by storm this season, securing their third top-flight title in four seasons under Guardiola’s tutelage, as well as earning a place in their first Champions League final.

However, they’ve largely done so without a recognised striker being on the pitch. Aguero has featured from the off on just eight occasions in all competitions throughout 2020/21, while Gabriel Jesus has failed to start City’s last five Champions League encounters.

Guardiola appears to be favouring a strikerless system in the bigger games, such as their second-leg Champions League semi-final clash against PSG and therefore, it’s easy to understand why there are doubts over sanctioning such an expensive move for Haaland this summer.

In other news: ‘I don’t think he’s in a good place’ – Pat Nevin drops worrying claim over ‘angry’ MCFC star