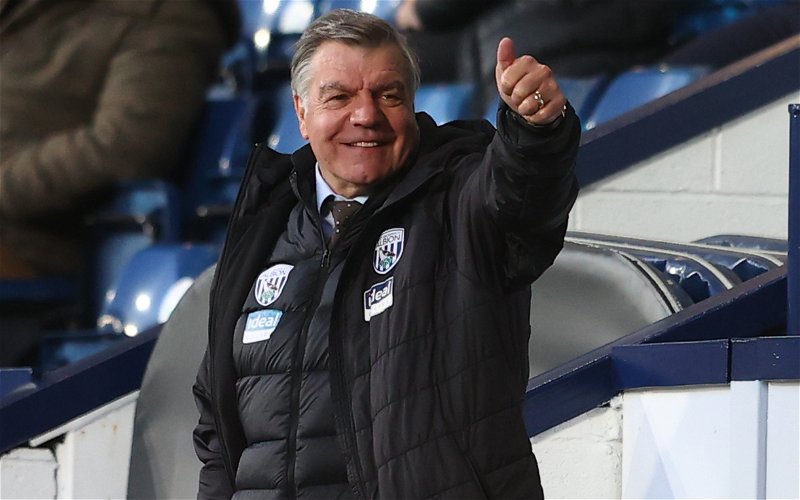 West Bromwich Albion insider Steve Madeley has provided his take on the future of Sam Allardyce at the Hawthorns.

Allardyce’s record of never getting relegated suffered its first blip at the weekend as a 3-1 loss to Arsenal ensured that the Baggies would be playing in the Championship for next season. And although he does have a contract with the club until the end of 2021/22, there is some debate going on about whether or not he will stick around to see the season out.

And speaking on the latest edition of The Athletic’s Ornstein and Chapman Podcast (14:08), Madeley said that he felt the former England boss would stay on, but only if the two sides agree that they will be near the top of the division and that the club will give Allardyce the players to try and make it happen:

“The sense I get from both sides is that there is a kind of loosely, a will from Allardyce to stay and a will from West Brom for him to stay. That’s not to say that it’s a done deal because West Brom are going to have to be convinced that Allardyce has got the stomach for a Championship season. They’re gonna have to be committed he’s got the appetite and the hunger for that notoriously gruelling season.

“And at the same time, he’s going to have to be convinced that West Brom are going to give him the tools to build a team to do a job. He’s not the kind of figure that at this stage in his career, he’s going want to be bobbing around mid-table in the Championship, he’s going to want to know that he’s at least top six, pushing for the top two.”

Will Allardyce stay at West Brom?

It sounds as if there is still a lot of negotiating to be done and both sides really need to be 100% certain that the other side has the best interests of the club in mind.

West Brom haven’t exactly shown a willingness to spend big money in the Championship, or indeed in the Premier League, never spending more than £50m in a single season (as per Transfermarkt), and with the club making big losses financially, you can’t imagine they’ll be laden with money to spend.

So, if the key to keeping Allardyce is all about giving him money to spend, it looks like the owners might have to dig deep in order to make it happen, otherwise, they could be looking for a new man in the dugout.