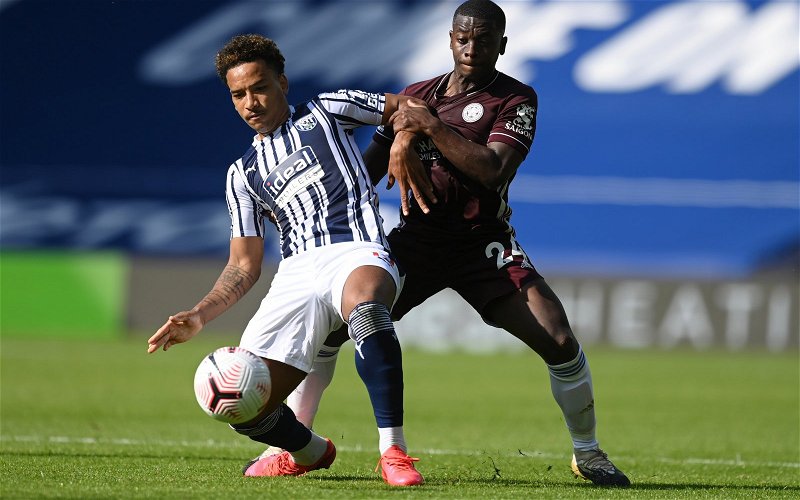 Aston Villa journalist Ashley Preece has been sharing his thoughts on the possibility of the Midlands club signing West Bromwich Albion attacker Matheus Pereira during the upcoming summer transfer window.

On the subject of which potential transfers he would like to see happen at Villa Park this summer, Preece had this to say about Pereira, who has been linked with a move to Villa in recent weeks, in particular.

He said: “I’d get Pereira, he jumps out straight away to me, I think he’s one that can be got. I watched him last week against the Albion and he was the standout again.

“I think he scored more than [Jack] Grealish did last season in his first season, and Villa survived, and Albion have gone down, which says a lot, really – Pereira doing it for a really struggling Albion side.

“I really like him, fits the bill, young player, can play a number of positions across the front three as well so I’d have Pereira any day of the week.”

West Brom signed Pereira on a loan deal in August 2019 before they eventually secured him on a permanent deal a year later for a fee of £7.43 million.

Overall, the 25-year-old, who is currently valued at £11.7 million, has made 77 appearances for the Baggies in which he has managed to score a total of 20 goals and provide 26 assists (per Transfermarkt).

Despite ultimately getting relegated with West Brom this season, Pereira was still able to have a decent individual season by scoring 11 goals and providing six assists, ending the campaign as the club’s joint-highest-rated player with an overall season rating of 6.96/10, according to WhoScored.

Taking this into account, it’s easy to see why Preece would be excited by the prospect of Pereira swapping The Hawthorns for Villa Park this summer.

In our view, with Villa captain Jack Grealish having his injury issues and being linked with a move away from the club this summer, Pereira could be a good option for Villa to explore if they let Grealish go or if injuries continue to keep him out of the side next season.

Also, a move to Villa would allow Pereira to progress and develop in the Premier League rather than have a year in the Championship with the Baggies.

In other news: ‘He could save Villa literally millions’ – Evans excited about talent with ‘huge hype’ at AVFC