Former Premier League player Brian Deane has been sharing his thoughts on the possibility of West Bromwich Albion approaching their former manager Roy Hodgson to be the next permanent head coach at The Hawthorns in the wake of Sam Allardyce’s departure.

Speaking to Football FanCast, Deane had this to say about whether or not he thinks a return to the Baggies for Hodgson would likely be on the horizon, as has been recently suggested in a report from The Sun.

He said: “I’d be surprised if he went to West Brom at his age because West Brom will look for someone with more energy.”

Hodgson recently announced his exit from south London club Crystal Palace where he had been in charge of since 2017.

During his time at Selhurst Park, the former England manager took charge of 162 games across all competitions in which they won 54, drew 36 and lost 72 along the way (per Transfermarkt).

Given how the 73-year-old spent over a year in charge of West Brom from February 2011 to May 2012, it’s understandable why the idea of Hodgson returning to the Midlands club has been suggested.

Would Roy Hodgson have been a smart choice for West Brom's new manager? 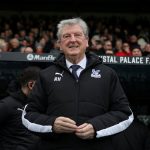 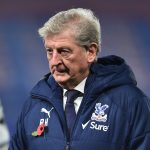 However, with Hodgson revealing his plans for retirement, this would presumably put him out of the running to be named as the new Baggies boss.

Also, with Allardyce saying in his exit statement that the club should be looking to hire a “young and ambitious” manager to get the Baggies back to being an “established” Premier League club, perhaps Hodgson isn’t the best option to fit the criteria suggested by Allardyce anyway.

In other news: ‘I heard early on’ – Joe Masi drops interesting claim on Matheus Pereira at West Brom