West Bromwich Albion journalist Joe Masi has been discussing Baggies attacker Matheus Pereira and his absence from the squad during the club’s final Premier League game of the 2020/21 season in their 3-1 defeat against Leeds United.

This comes after Masi made an appearance on a recent episode of West Brom-themed Baggies Broadcast podcast where he spoke about a range of topics concerning the Midlands club.

On the subject of Pereira and his absence from the squad to face Leeds at Elland Road last weekend, Masi had this to say on whether or not his absence had anything to do with a potential exit from the club.

He said: “I heard early on that Pereira was injured. I heard all week that he was doing absolutely everything he could to try and be fit for the game. He really wanted to play.

“I personally think one of the reasons Matheus Pereira has played so well over the last couple of weeks is because he’s putting himself in the shop window because he wants to stay in the Premier League because he wants a big-money move.

“Therefore, I think there’s a part of him [that] would really want to play against Leeds – another opportunity to show what he can do.”

West Brom originally signed Pereira on a loan deal from Portuguese side Sporting CP in August 2019 before they signed him on a permanent deal a year later in a deal worth a reported fee of around £9m.

Overall, the 25-year-old, who is currently valued at £11.7 million, has made 77 appearances for the Baggies in which he has managed to score 20 goals and provide 26 assists along the way (per Transfermarkt).

Ahead of the Leeds game, it was reported that Pereira picked up an injury, which would presumably be the reason he was unavailable to play at Elland Road.

Given how Pereira has been West Brom’s highest-rated player alongside Okay Yokuslu for the season just gone, scoring 11 goals and providing six assists, ultimately earning himself an overall rating of 6.96/10 (as per WhoScored), it’s understandable why the Brazilian has been linked with a move away from The Hawthorns this summer.

Do you think West Brom should cash in on Pereira this summer? 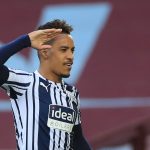 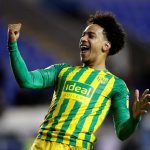 In our view, if Pereira was looking to get a move away from West Brom this summer, it may have been beneficial for him to have played the game against Leeds to put himself in the shop window and impress any potential buyers as Masi theorised, which suggests to us that he genuinely was injured for the match.

However, we feel that Pereira has already done enough this season to warrant a move to a Premier League club this summer instead of spending another season with West Brom in the Championship, so it remains to be seen whether his form will lead to a switch elsewhere.

In other news: ‘As you’ve identified’ – Goldberg drops claim on Yokuslu’s future at West Brom