Leicester City journalist Rob Tanner has provided an update on the club’s pursuit of Ryan Bertrand.

But speaking on the 5000/1 Podcast, Tanner explained that the deal didn’t seem likely to end up being completed as both sides have different ideas when it comes to how long Bertrand would spend at the club moving forward:

“From what I understand, Leicester are looking to bring in somebody on a short-term deal to cover at left-back. They’ve got Luke Thomas, they’ve got [James] Justin who they see also as long-term.

“Ryan Bertrand has been an option they’ve been exploring. Now, if they want a one-year option, he’s only 31, he’s gonna want longer. So that one looks unlikely.” 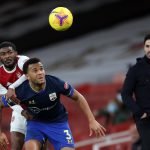 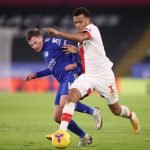 A deal like this makes sense for Leicester City to step away from, because in a sense they don’t need Bertrand as much as he needs them.

By the sounds of it, all they are looking for is one player to come in and be a bit-part player for them for one season whilst they wait for Justin to recover from his injury and let Thomas develop along the way.

There are plenty of players available that they can get on a free transfer to fill that role, so if they can’t agree to a deal with Bertrand then they can simply move on and find someone else.

Really the onus is on the defender to make a compromise on what he wants out of the deal, then the two parties might be able to come to some sort of arrangement.