Leeds United fans on Twitter have been responding to the latest social media post from Whites left-back Ezgjan Alioski.

In his post, Alioski included four images of himself and his Leeds teammates during the match against the north London club and praised the team and their performance at Elland Road.

This post then gathered a lot of replies from Leeds fans who were not shy in sharing their responses to this latest post.

So, what did these Leeds fans have to say in responses to Alioski’s latest post after the Spurs game?

“You are much wanted at Leeds. Think what you will be missing next year and the following year before signing elsewhere. This club is only going one way and you can be a big part of it.”

“It will be a sad day if you leave us! You have been a champion for Leeds United and have always given 110% for the cause! I hope you stay?”

“Brilliant performance from the whole team & probably the best I’ve ever seen you play. Please sign that new contract, you know things are only going to get even better with this team”

Leeds signed Alioski back in the 2017 summer transfer window from FC Lugano for a fee of £2.25 million.

Since then, the 29-year-old, who is currently valued at £3.6 million, has made 168 appearances for Marcelo Bielsa’s side in which he has managed to score 22 goals and provide 18 assists along the way (per Transfermarkt).

Looking at the replies to this post from Alioski, it appears that not only were these Leeds fans over the moon with his performance against Spurs but also want to see him sign a new deal at the club given the fact that his current one expires at the end of the season. 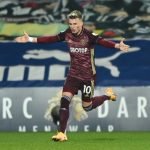 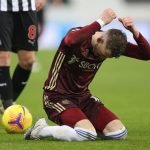 In our view, Alioski has shown throughout this season that he has been a vital figure for Bielsa in the squad and proved to the fans, based on what they have said to him in response to this latest Twitter post, that he deserves to stay at the club beyond his current deal.

In other news: Commentator drops claim on Tyler Roberts’ situation at Leeds