This came after Souness appeared on the latest episode of the OTB Football podcast and he talked about numerous issues involving the game and punditry. He was also asked about Keane and the rumours that linked him with a Parkhead move.

Is Roy Keane still an option for Celtic? 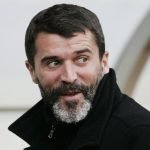 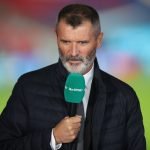 It was stated some weeks ago that Keane was looking for a move to Parkhead, some years after he had actually turned down the chance to manage the club. It was also reported that Keane still feels a strong allegiance towards Celtic.

Souness talked about this and made it clear that if Keane had moved to Celtic, the world would have been talking about it and that would’ve been useful for Scottish football.

He said (11:01): “He is desperate to get back. We’ve lived near each other in Cheshire. I’ve waved at him a few times when he’s walking his dog because he used to come down the road where I used to live. I have to say, I enjoy his company. I find him very funny. [He’s a] football man and I have spoken with him about returning to management.

TIF Thoughts on Keane to Celtic…

While Keane was looking to get back into management, his last managerial experience came about ten years ago when he was at Ipswich Town. And the experience didn’t last too long.

More than that, he’s known to have fallen out with his players at his previous clubs. He even launched attacks on his former players, which isn’t a great sign.

So because of that, Celtic fans should be glad that the club are going all out for someone like Eddie Howe instead. The Englishman has helped Bournemouth climb up from the lower divisions to the top flight and his experience is much more recent.

In other news, ‘No, no, no’, ‘If true then this is an utter disgrace’ – Many Celtic fans fume as claim emerges