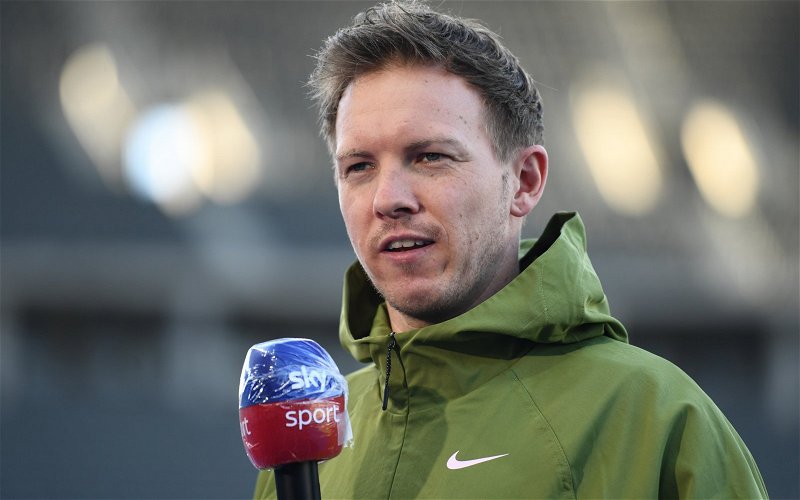 Tottenham Hotspur supporters have been reacting on Twitter after a post revealed Julian Nagelsmann is unlikely to become the club’s next manager.

Speaking on the latest instalment of The Athletic’s Steilcast podcast, Ronald Reng claimed the RB Leipzig manager’s next move would ‘definitely’ not be to Spurs.

Nagelsmann has been linked with a host of top European clubs in recent times as he continues to impress at the Red Bull Arena, guiding Leipzig to a Champions League semi-final last season and to second place in the Bundesliga this time around.

However, despite intense speculation that the 33-year-old could replace Jose Mourinho at the Tottenham Hotspur Stadium, Reng has poured cold water on those rumours, claiming he is more likely to go to German giants Bayern Munich, and the news didn’t go down well with Spurs fans.

“If Bayern want him, we haven’t got a scooby.”

Tottenham are currently sitting in seventh place in the Premier League table, six points behind fourth-placed West Ham, and Mourinho is expected to come under increasing pressure if he fails to guide the club back into the Champions League this season.

In other news: ‘That’s horrific’, ‘Please no’ – Many Spurs fans fume as latest transfer target emerges