Newcastle United legend Steve Howey has claimed that the Magpies should be looking to spend around £15 million on Joe Willock if they want a permanent deal.

Since arriving on a loan deal from Arsenal on transfer deadline day at the beginning of February, Willock has appeared eight times in the Premier League for the Toon, completing 90 minutes on five occasions.

In those outings, the 21-year-old has contributed two goals, including a late equaliser against Tottenham, swiftly followed by reports Newcastle could look to make the transfer a permanent one this summer.

Further reports from the Sunday Mirror (relayed by Chronicle Live) have claimed Arsenal will demand in the region of £20 million for their man, leading to Howey weighing in on the price tag in an interview with Transfer Tavern:

“I think you should be looking at something like £15-16 million. Yes, of course, Arsenal could easily put something in a deal so that if he does brilliantly then they would get money from any potential future sale.”

Despite his tender years, Willock has already made 78 first-team appearances for his parent club, albeit the majority have come in domestic cup competitions.

Capped four times by England at Under 21 level, the London-born attacking midfielder certainly has the attributes, such as his dribbling skill, to be a useful player for Arsenal.

However, given the emergence of Emile Smith Rowe this term and the apparent desire to sign Martin Odegaard on a permanent basis this summer, room in the Emirates Stadium squad looks to be in short supply.

Valued at £14.4 million (as per Transfermarkt), Howey’s valuation of Willock is all-but spot on, and one Newcastle could look to capitalise on at the end of the season.

Would Joe Willock be a good signing? 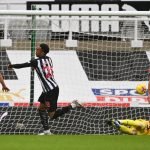 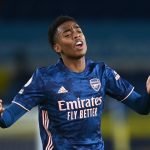