The pair have been an instrumental part of Jurgen Klopp’s side as Liverpool once again reached the pinnacle of European and domestic football, in no small part to the much-fabled front three.

However, the Reds have suffered this season, in part owing to long-term injuries in the defensive department, but also the normally prolific frontmen have fallen below their usual high standards.

Whilst Salah remains in the hunt for a third Premier League Golden Boot with 17 league strikes this term, Mane’s form in front of goal has dramatically dipped recently – scoring just once this calendar year.

Both men have been touted with a move to La Liga previously, the Egyptian’s future, in particular, coming under intense scrutiny recently following an interview given by the 28-year-old.

This week Howey has told Football FanCast that it isn’t against the realms of possibility that at least one of the stars could leave this summer if a Spanish giant came knocking:

“Nothing lasts forever. They’ve had a couple of unbelievable seasons. This season Liverpool, yes they’ve had injuries, but even apart from that they’ve not been near their high-tempo. But you can’t do that high-tempo week in, week out.

Who would you rather sell? 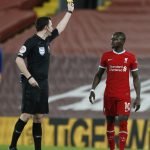 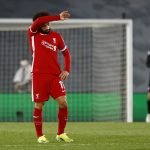 Based on their importance to Liverpool, contract statuses and their perceived market values (Transfermarkt), both men would likely fetch upwards of £100m this summer, fees that given the financial implications of the pandemic are going to be in short supply.

Klopp will be looking to bolster his ranks instead of taking away from them, with Mane and Salah an integral part of the plans to fire Liverpool back into title contention next season.