Many Leeds United fans have been talking about the latest comments from Pontus Jansson that recently emerged on social media.

Jansson was recently talking in an interview on podcast ‘Lundh’ (via Fotbollskanalen) about Leeds and his time at Elland Road.

The former defender said that he still loves Leeds and he misses the club too. He also admitted to missing his Leeds teammates and that he will love the Elland Road-based side for the rest of his life and he’ll keep following them. He revealed that he still has a close relationship with the players and owner Andrea Radrizzani.

Did Leeds make a mistake by selling Jansson? 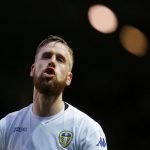 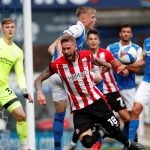 These comments were relayed on Twitter by Leeds United News. Many Whites fans gave their opinions about Jansson.

What did Leeds fans make of Jansson’s comments?

“However his exit came about he always gave 100% – his passion was clear to see and he helped to bring back that connection and pride in the fans! Played a vital part in the start of the journey we are still on in my opinion.”

“So Bielsa said he was our best player in the season before he left, still talks to the owner, players all love him – what did he do wrong again? Thought Pontus was massive for us and changed totally the level of player acceptable at the club and what it meant to play for us.“
Credit: @ArronRichmond
“BRING HIM HOME.”

Now 30, Jansson arrived at Leeds from Serie A side Torino in the summer of 2017 and he joined for a fee of only £3.6m. He departed the club two years later though, leaving for Championship side Brentford for a fee of £5.54 million (as per Transfermarkt).

Jansson later said that Leeds sold him because they understood that they could make money from his sale. He also hinted at the fact that he didn’t have a great relationship with Marcelo Bielsa because of language issues (as per The Guardian).

“Shame about what happened with him. Loved him.”

“Always will love PJ he installed some passion into a club that was losing it soul . Shame how things ended up but will always be a decent lad . Good luck PJ.”

“We still love you too Pontus. Or at least I do…“

The manner of his exit hasn’t stopped these Leeds fans from having affection for Jansson and they’re making it very clear.

Jansson made as many as 120 appearances in all competitions for the Whites. He has already said that despite everything, he did learn a lot from Bielsa and he will love Leeds till he dies.

This shows that the Swede certainly has a lot of liking for the club and it is no surprise that fans also appreciate his contributions to the side.