Romano was talking about multiple issues on the latest episode of the Here We Go podcast and he discussed many potential transfers in European football.

Speaking about Upamecano, who is now on his way to Bayern Munich. Romano talked about why Liverpool couldn’t sign the Frenchman and he revealed that the Bavarian side simply acted quicker than others to sign him.

Will Liverpool regret missing out on Upamecano? 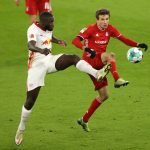 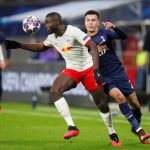 Upamecano has signed a five-year deal with Bayern Munich and will join the European champions at the end of the campaign for €42.5m (£38m). Liverpool were linked with a move for the defender, who had a release clause of £37m at RB Leipzig.

Romano revealed that while Liverpool were interested in Upamecano and even made contact with his agent, Bayern swooped in decisively before the Reds and Chelsea to sign the young defender.

He said: “Liverpool said, ‘Okay, we will plan next summer in May, for the centre-back we want. Let’s see what happens with Kabak – and then we’re going to decide about Upamecano.’

“So, they were in contact with the agent, but nothing like an official bid. Bayern Munich understood that the situation was getting dangerous because Chelsea [were] around with big money and Liverpool were talking with the agent.

“So they said it’s better to go right now – contacted the player, finding an agreement with the player in one week, a five-year contract, and then paying the release clause.

“They found an agreement with Leipzig, they had a private agreement for a guarantee about the release clause. And that’s how they did it. And they wanted to be 100% sure they could sign the player because he knows the Bundesliga and everything, so they wanted him. But they were really in danger because when you have Chelsea and Liverpool in the same race, you have to be fast.”

Upamecano has made 19 Bundesliga appearances this season and has picked up a decent rating of 6.94/10 for Leipzig, while scoring one goal.

However, in the Champions League, the defender has picked up poor ratings against the likes of Manchester United, Borussia Dortmund, Paris Saint-Germain and Bayern Munich. He even picked up a disappointing rating against Liverpool themselves this week (as per WhoScored).

This suggests that perhaps, Liverpool may not regret losing out on him as he’s not been great in big games.