These Leeds United fans have been reacting to comments made by defender Diego Llorente on his Twitter page in the aftermath of their win over Southampton in the Premier League.

It was a game that was a long time coming for the Spanish defender, as it was the first time that he had managed to play 90 minutes for the club having been blighted with injuries ever since he joined the club during the summer transfer window.

He put in a reasonable performance, completing 73% of his passes and winning one tackle for a WhoScored.com rating of 6.9, below the team average, but he can be afforded some slack because it was his first game in a while.

But even if it was below-average, that didn’t stop these Leeds United fans from piling on their messages of support for him on social media:

“Absolutely buzzing to see you back Diego & to get 90 mins under your belt is a great step forward. Not gonna lie – you reminded me of a prime Maldini out there! You emptied Che Adam’s out your pockets yet?”

@Tonylufc28
“Diego after all the set backs you had this season you were absolutely outstanding last night. Promising signs to what’s to come from you when you’ve 4 or 5 games under your belt.”
@thombo1987
“Great to see you have full 90 minutes and getting premiership experience under your belt. Quality good times ahead MOT”
@Brush702
“You looked class, took a lot of fight to get through your injury issues but we back you 100%. Hopefully we can keep putting some clean sheets on the board!”
@LeedsUnited43
“Nice to see you on the field Diego. I’m sure you’re going to be an absolute LEGEND”
@MattSmi75685609
“Great to see you starting the next years in white. Your class is in the smaller details in a game.”
@mooj07
“Glad to have you back”
@mads_rivaaa 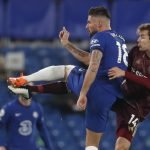 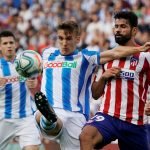 They were probably just happy to see him back in any capacity, maybe the performances will get better once he gets a proper run of games under his belt.