Supporters of Celtic have recently reacted to a claim from Diego Laxalt’s agent which has emerged on social media.

Back in October, the Hoops sealed the arrival of the Uruguayan on a season-long loan from Serie A giants AC Milan (per BBC).

Despite Neil Lennon having expressed that he would like to sign the player permanently following the expiry of his loan, Laxalt seemingly has other plans (per Daily Record).

According to his agent – Ariel Krasouski – the 27-year-old left-back is targeting a move down south as his “wish is to play next season in England“.

This claim was relayed to Hoops fans by Everything Celtic and it had lots of them talking.

So, what did these Celtic fans have to say about the claim regarding Diego Laxalt?

The agent of Diego Laxalt has been discussing his clients future:

– "Diego’s wish is to play next season in England. We’ll have to wait and see what happens.” pic.twitter.com/ASJmhBCods

Was amazing to start with but still offered nothing going forward, kept thinking it’ll come once he settles but don’t think he has it, not in the SPFL anyway, not really bothered if he goes tbh

why do agents do this?

if he wants away, fair enough. talk with clubs, get a goal deal, help the lad’s future.

but why make it public? that only causes division and puts fans on his back.

I guess Taylor going forward then

Laxalt currently has until the summer of 2022 left on his existing deal with AC Milan and a market value of £4.5m according to Transfermarkt.

Would you have liked Celtic to sign Diego Laxalt permanently? 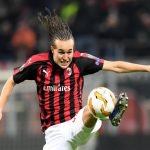 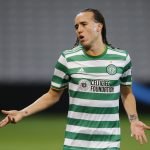 And knowing Lennon and how he does with loaned players…we won’t see Laxalt again in the team ha!!

Not to fussed what happens with him.

knew it, knew this would happen? https://t.co/h2zgga8iwF

So far this season, the Uruguayan has made six appearances in the Premiership for the Hoops, in which he has scored once and not provided an assist (per WhoScored).

His performances have not been overly impressive, too, as he has earned a 6.74/10 average rating, making him only the 16th-best performer in Lennon’s squad in the league.

Game over. Christmas is ruined. https://t.co/j5NBJ9PG4T

As can be seen in these responses from Celtic fans, there was a mixed reaction from them regarding the report on Laxalt.