Rangers: These fans expect to see Jamie Murphy back at Ibrox soon 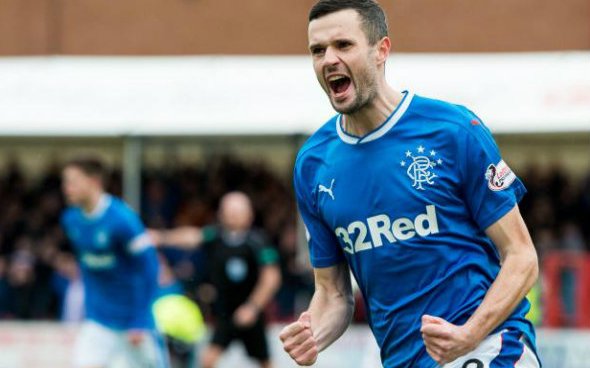 This week Rangers fans reacted to a tweet shared by Jamie Murphy.

The tweet links to another tweet shared by Rangers’ correspondent from the Athletic, Jordan Campbell. Campbell conducted an interview with Murphy, discussing the player’s life since his horrific injury last season.

Right at the beginning of the 2018/19 season, Murphy suffered an awful injury that saw him sidelined for the rest of the season. His knee ligaments were damaged during a match against Kilmarnock, with Steven Gerrard blaming the club’s artificial turf.

Campbell’s tweet shared the impressive statistic of Murphy scoring seven goals in 10 matches for Burton Albion since making the loan move to the side in January.

In response to the tweet, many Rangers fans admit that they are confident that the player still has a career to finish at Ibrox, despite being 30 years of age. They hope to see him return to Glasgow after finding his feet in League One.

Cant wait to see you in a Rangers jersey again Jamie.

Fingers crossed when the dust is settled you have the books down for a bit, the boots on and get back to living the dream at Ibrox Murph! A top class act on and off the pitch

Back to Ibrox Jamie, you’re an important part of the jigsaw

Us Rangers fans never doubted you. If you had been at Ibrox and not Burton the last few months I suspect we wouldn’t have dropped so many points. Hope to see you back in Blue soon.

Does Jamie Murphy have a future at Rangers? 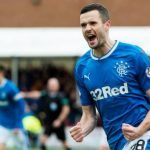 It is high praise for the player that these fans still want to see Murphy play at Ibrox. Most 30-year-olds coming back from a season-long injury would likely be considered deadwood.

Or, perhaps it shows the impressive character of the Rangers fans to stick by their players, even in times of hardship?