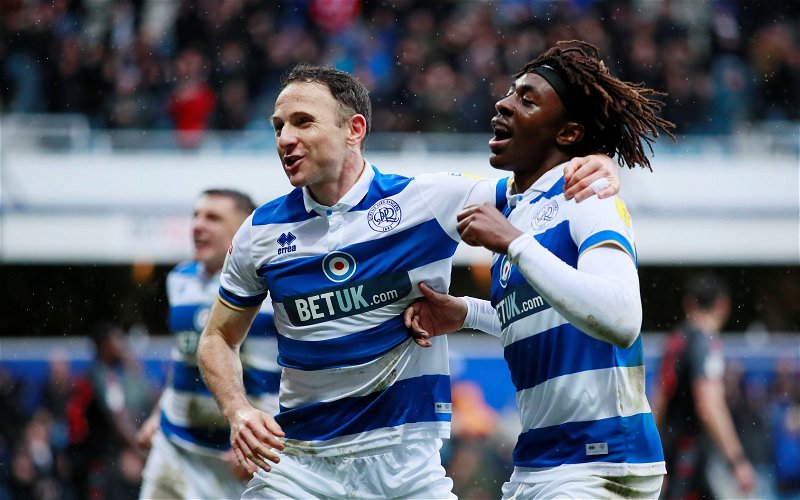 Fans of QPR have been discussing a post by QPR HQ on Twitter, which asks whether the club should exercise an extension clause in Marc Pugh’s contract.

Pugh, who joined QPR on a free transfer from Bournemouth last summer, has made 30 appearances for the Hoops in all competitions so far this season, scoring two goals and providing four assists.

Although the 32-year-old has only started 31% of QPR’s Championship fixtures this season, he has been enjoying a run in the starting XI of late, which has coincided with the Hoops’ upturn in form.

Mark Warburton’s side are currently undefeated in five league games, drawing with Swansea, Nottingham Forest and Birmingham City, as well as defeating Stoke 4-2 and Derby County 2-1.

The £900k-rated Pugh has started each of these fixtures, averaging an impressive 6.93 WhoScored match rating over the games, contributing one goal and one assist.

Following his recent purple patch, QPR HQ posed a question on Twitter, asking whether Hoops fans would like to see the club extend the midfielder’s contract for a further year.

Marc Pugh is out-of-contract in the summer, but the club has the option to extend his stay by a further year..

Yes, I kept telling my pals too watch him closely, a technician, uses the ball well!!

Yes please..he is starting to be a influence now he has had a run of games.

Yes, he deserves it.
With the young lads being sold on in the summer we’ll need everyone we can hang on to.

Without a doubt! Top professional

Despite the midfielder’s advancing years, a player with the Premier League experience of Pugh is undoubtedly a good thing to have within the club.

Not only does this benefit the club in terms of the ability which Pugh possesses, but he could also prove beneficial to the development of the club’s younger talents, such as Eberechi Eze, Bright Osayi-Samuel and Ilias Chair.