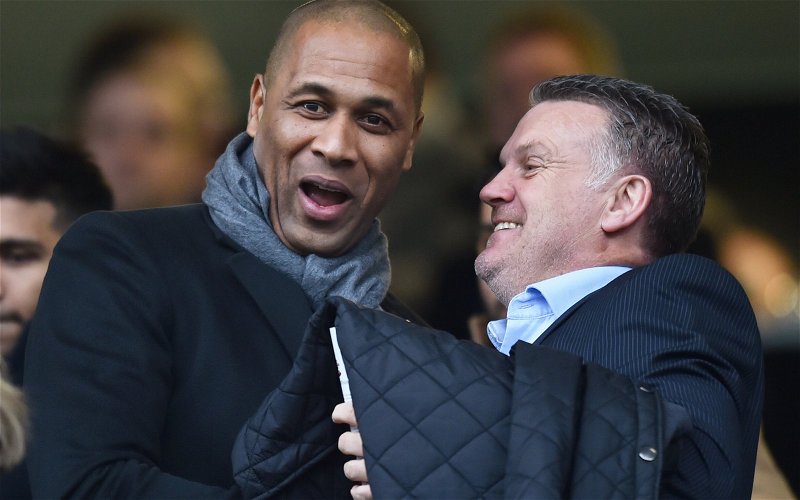 Fans of QPR have been reacting to Andy Sinton’s post on Twitter, in which the former Hoops player gets a little carried away with his celebrations following Ilias Chair’s fourth goal against Stoke City last weekend.

Having been 2-0 down after just 31 minutes, QPR rallied strongly before the break, scoring two quickfire goals through Jordan Hugill and Eberechi Eze to draw the game level. After half time, QPR eventually completed the comeback with a brilliant goal from Bright Osayi-Samuel, before Ilias mopped up all three points with a fourth in stoppage time.

After footage emerged of Sinton getting carried away with his celebrations while co-commentating on the game, QPR fans took to social media, with many laughing along with their former midfielder.

When you forget the media boys are filming you on the gantry ?? https://t.co/UMxqFTTGGp

nuffink wrong with a bit of emotion

I remember seeing you turning opponents inside out and scoring screamers. My reaction was much the same.

Mark Warburton would surely have shared Sinton’s delight after seeing Chair bag QPR’s fourth on Saturday, as things could have quite easily turned out differently for the R’s after being 2-0 down.

Although QPR have been impressive going forward this season, their 51 goals scored is the third-highest in the league, they need to tighten up defensively, as, in comparison, their 58 goals conceded also ranks them as the joint second-highest.