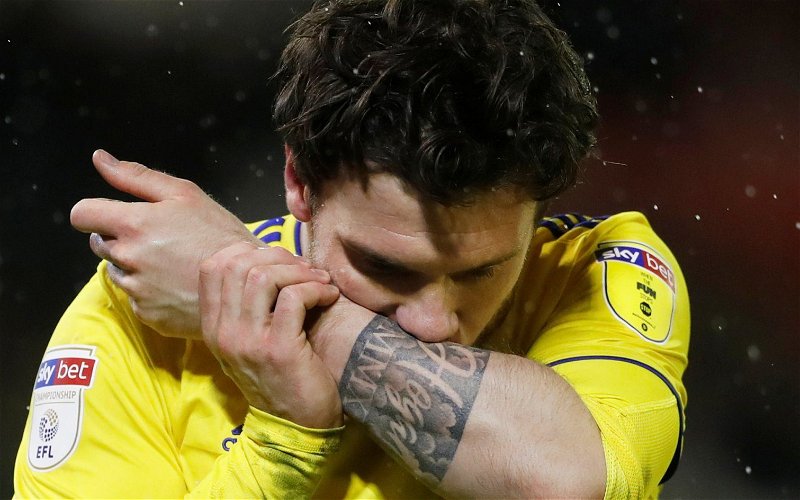 Birmingham City fans are waiting patiently for an update on the severity of the injury sustained by January loan signing Scott Hogan at the weekend.

Hogan spent the first half of the 2019/20 season on loan at Stoke City, however, his time at The Potters was ‘cut short’ by the Republic of Ireland international’s parent club Aston Villa. The Villans’ traditional local rivals Birmingham benefitted from the conclusion of Hogan’s time at Stoke, as the centre forward was immediately sent on loan to the Blues instead until the end of the season.

Hogan has made an immediate impact for the Blues as he scored one goal in each of his first three games for his new club. However, the 27-year-old’s fourth game with his new club was curtailed as he sustained an ankle injury which ultimately forced him off the pitch after 75 minutes of play.

The Republic of Ireland international’s goals have been important for the Blues in recent weeks. Hogan scored in two games which Birmingham have won by just a one-goal margin since his arrival at the club.

News of Hogan’s injury has resulted in some Birmingham fans sharing concern on social media. Read the anxious reactions of some Blues fans to his injury news in the tweets below.

? @ScottHogan_9 suffered an ankle injury at the weekend. The joint is swollen and he is having further assessment today. #BCFC pic.twitter.com/yjpYzVjbTk

We can’t lose Scott- too much momentum. Get better quickly!

Come on hogan your a true blue

Pep definitely said that in one of his interviews. Here's hoping it's not too bad.

Hogan’s injury scare is understandably proving to be cause for concern for some Birmingham fans. According to Whoscored.com, Birmingham City have lined up in a 4-4-2 formation in 20 of their 33 Championship games this season. However, following Hogan’s injury, along with the loss of Álvaro Giménez (who went out on loan in January), the Blues are arguably now left with just one out-and-out first-team centre forward in Lukas Jutkiewicz.

Blues head coach Pep Clotet has also shared a degree of concern surrounding his striking options following Hogan’s recent injury. The 42-year-old manager admitted that at the moment his squad is “a little bit thin”, before stating that they “cannot afford any injuries”. Should Hogan’s injury prove to be more serious, this will likely be a big blow for the Blues.