Some Celtic fans have been discussing a post that their Europa League opponents FC Copenhagen put out on Twitter recently.

The Hoops travel to Denmark on Thursday to lock horns with Copenhagen in the first leg of the Round of 32 of the UEFA Europa League. The second leg takes place at Parkhead at this point next week.

Will Celtic find it easy to beat Copenhagen?

Absolutely, we are much better

I have my doubts 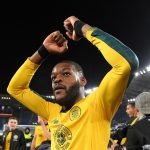 Ahead of the game, Copenhagen welcomed Celtic on Twitter. They posted a video for the club and said that they can’t ‘wait to see’ the Scottish club on Thursday. Many Hoops fans talked about it in the comments.

Brilliant !!! Still battering you though ?

We have been made very welcome thank you Copenhagen

cheers cutie pies but plz don’t knock us out x

Celtic had finished at the top of their Europa League group earlier in the season. Their group had Lazio, Rennes and Cluj in it but the Hoops lost only one game. That game was the final group stage match, as they lost to Cluj.

One memorable result from the round saw Celtic beat Lazio 2-1 at the Stadio Olimpico as a late Olivier Ntcham goal won the tie. They had also beaten the Biancocelesti at home, beating them by the same scoreline.

So far this season, Copenhagen are unbeaten at home in the Superliga this season and have drawn just one game in front of their own supporters. In the Europa League, they’ve lost just once and it shows that the task at hand for Celtic could be a stiff one.

They might have welcomed them warmly, though the tie could be a tough one this evening in Denmark.