A lot of Newcastle United fans are gushing over footage from nine years ago.

Will this moment ever be forgotten about? 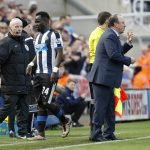 No, it is iconic 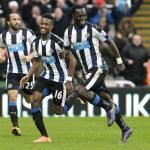 The Toon’s fightback started when Abou Diaby was sent off before Joey Barton converted a brace of penalties either side of a Leon Best strike to set up a tense finish.

That was when Cheick Tiote wrote himself into Premier League and Newcastle folklore.

Barton whipped in a free-kick that was headed as far as the Ivorian (0:10) who hit a stunning 30-yard volley (0:12) with his left foot into the bottom corner to spark scenes of jubilation.

Tiote charged down to the other end of the ground and was mobbed by all of his teammates. (0:25)

It was a quite stunning goal, and come back, and these Toon fans will never forget it.

?? #OnThisDay in 2?0?1?1?, the late Cheick Tioté scored THAT volley as Newcastle United came from four goals down to draw 4-4 against @Arsenal. #NUFC pic.twitter.com/lWThLFkW8S

Remember being there as a young lad. Best game I’ve ever watched. RIP Cheick

Still get goosebumps!
Best game I’ve ever sat through

This was Tiote’s only goal for the club, but what a way to be remembered.

The Ivorian went on to make 156 appearances for Newcastle before he departed for China in 2017 and suffered a heart attack and sadly passed away later that year.

However, he will never be forgotten by the people of Tyneside.