It’s understood that Cornell is the subject of interest from two Championship clubs, the Rams and Blackburn Rovers. The 28-year-old stopper has been in excellent form this season and impressed during last Friday’s FA Cup clash between the Cobblers and Phillip Cocu’s side.

Would you like to see the club capture David Cornell? 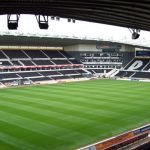 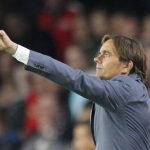 Those interested in the player will feel confident they can strike a reasonable deal this month given his contract at the Sixfield’s Stadium is set to expire at the end of this season (as per Transfermarkt.co.uk).

The Welsh goalkeeper has made 26 appearances in League Two this season, conceding 25 goals but managing ten clean sheets. A regular started for Northampton Town, he’s played from the beginning in 89% of their league fixtures.

Derby have been frustrated in the transfer market so far having failed to secure any new signings up until this point.  With time running out, it’s fair to assume strengthening the defence is a priority. The Rams have conceded 36 goals in 28 Championship games this season and so you can understand the need.

They currently sit in 16th place which is disappointing considering they finished 6th last season. However, along with Frank Lampard’s departure, they also lost a number of loan players meaning this season was always going to prove more difficult and one where re-building would need to take precedent.

Phillip Cocu is a proven, title-winning coach and so he should be given the time to build but perhaps more important than time, he needs backing in the transfer market.