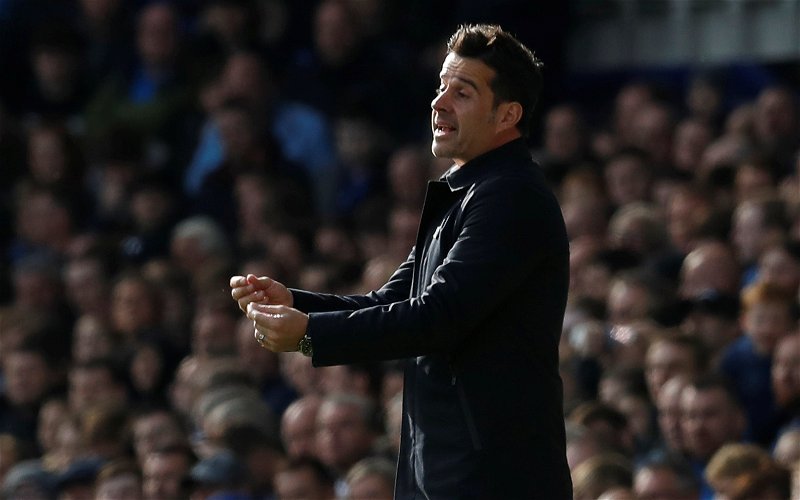 Everton supporters have been left puzzled over a Twitter post on the number of shots the Toffees have faced this season.

On Thursday afternoon, a tweet was shared that revealed that Marco Silva’s side had faced the fifth lowest number of shots across Europe’s top five leagues, with 94 (revealed by Football scouting/analysis writer for Reach PLC David Alexander Hughes, who also collects for OPTA).

Despite the stat the Toffees still sit in the lowly position of 15th in the Premier League (via BBC), leaving some puzzled as to how that could be after facing such a low number of shots.

Or, you know, scoring goals

Silva’s side has struggled in the Premier League so far this term, only being able to muster four wins in their 12 league outings (per BBC).

Despite facing the second least number of shots in the league, behind Manchester City’s 82, the Toffees have conceded the joint-fifth highest in the league, with 18 goals conceded (per Premier League).

While some supporters were puzzled over how that could be, other fans of the Merseyside club listed their explanations for it.

2 goals conceded being OGs as well. Mental to think how many more points we may have if consistently better at defending set pieces.

Just a shame they’ve all gone in

It certainly is a sign of poor form that the Toffees should have such a high portion of goals conceded to shots face (per David Alexander Hughes) – resulting in their lowly spot in the table.

This will be a key area to improve upon should Silva’s side start to climb up the Premier League Table.