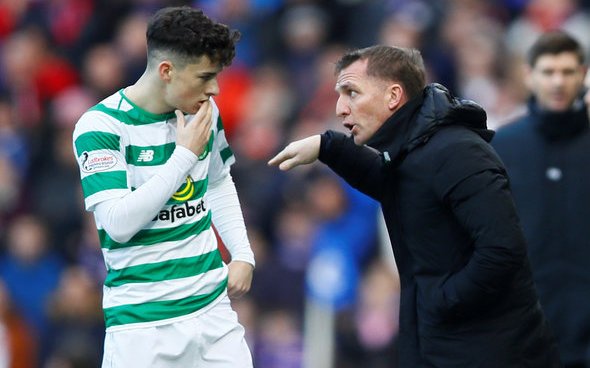 Timothy Weah heaped praise on Celtic attacker Mikey Johnston for his display in the 2-1 win over Hearts on Sunday.

The Paris St Germain forward who spent some of his 2018/19 campaign on loan at the Hoops used his Instagram Story to highlight the 20-year-old’s performance.

Weah delivered a two-word verdict on his former teammate by saying “everyday thing” along with using an heart-eyed emoji as well as a goat emoji to highlight how good he thought the winger was. 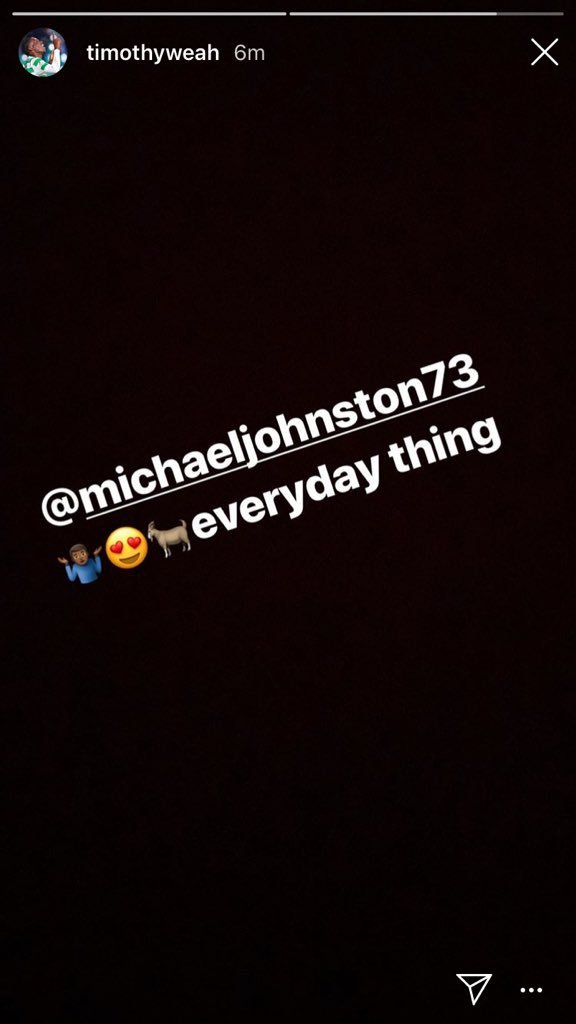 Johnston scored two very good goals against Hearts on Sunday and Weah saying everyday thing clearly shows he believes the 20-year-old is capable of scoring goals like that every time he features. However it’s fair to say that Johnston still needs to prove that he is a consistent force for the Hoops as that is what is currently holding him back. The 20-year-old winger has been used sparingly by the Hoops this season, and hasn’t started many games, but it’s clear he is capable of playing a bigger role at the club next season. Johnston has a tendency to wow one week then struggle to have any impact in the game that follows. However this is normal for a young player like himself, so hopefully now that he has more experience under his belt, consistency will soon follow. The 20-year-old has pace and clearly knows where the goal is, given he scored twice on Sunday, so it will be no surprise if the winger plays a lot more games in his 2019/20 season.