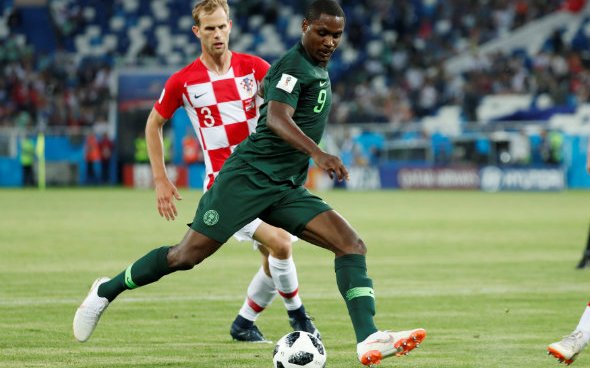 Southampton could be tempted into making a move for former Premier League striker Odion Ighalo this month, according to the Mirror.

The newspaper report that several Premier League clubs are on red alert after the Nigeria international declared his desire to return to England from China, where he currently plies his trade for Changchun Yatai.

The Mirror claim that Southampton could be interested in snapping up the prolific 29-year-old, although his sky-high wage packet in the far East could prove a stumbling block.

The Saints are in desperate need of a goalscoring striker this month, with Manolo Gabbiadini set to leave and players like Shane Long and Mohamed Elyounoussi failing to fire.

Ighalo has been one of the most prolific strikers in China during his time there, with 36 goals in 55 games, and while the standard is obviously very different, there can be no doubt he is a natural finisher.

The only issue here is money, with Ighalo’s wages potentially not being worth it for the Saints, who are not exactly flush with cash at the moment.

It depends if Southampton can put forward a financial package which Ighalo is happy with.

If he truly wants to return to the Premier League then he has to be willing to take a pay cut, with no team likely to be ready to meet his current wage considering his age.