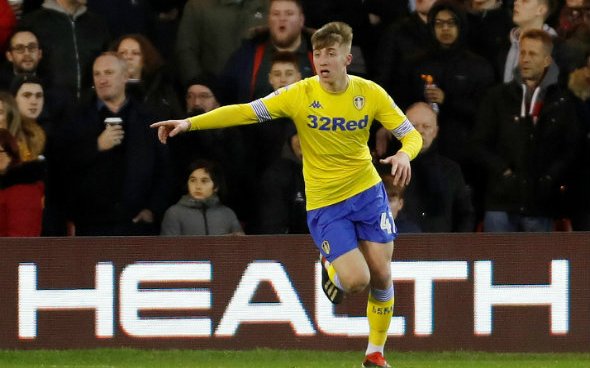 Leeds United have put new contract talks with Jack Clarke on hold until the end of the season despite a stampede of Premier League interest in the sensation, according to Football Insider.

The reliable site claim the Yorkshire giants have taken the “shock decision” to shelve negotiations over an extension with the attacker even though he is eager to discuss a new deal following his first-team breakthrough.

Football Insider report four Premier League clubs are ready to table bids for Clarke, 18, and will make formal moves after watching him in tonight’s (Friday) Championship clash against Derby County.

Leeds are playing a very risky game by shelving new deal talks with Clarke until May. Sure, he is tied down to a contract that he signed when turning professional in November 2017 on his 17th birthday. But the teenager has made rapid progress since that point, as highlighted by the top-level interest in the one player in the United squad who looks capable of playing for one of the Premier League big hitters at some point in the future. There are no guarantees with young players, many of whom flicker brightly when emerging on the scene only to fade as opponents target their weaknesses and their feet come off the ground with the attention and stardom. But the hierarchy need to make a U-turn on this one. Clarke is improving quickly, and as highlighted by his recent match-turning performances and goals, they need to tie him to a lucrative long-term contract to prevent the big guns circling and turning the youngster’s head.