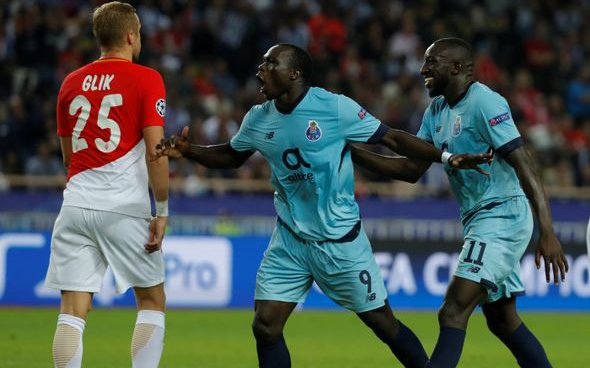 Everton are reportedly in the hunt to sign Porto goal machine Moussa Marega this summer, and if Marco Silva is able to find success in his chase for the Mali international, it would be a masterstroke by the Goodison Park boss.

The Mirror has reported that Everton, West Ham and Southampton are all interested in signing Marega, 27, after an impressive season at Porto in which he scored 23 goals in 40 appearances across all competitions.

The former Vitoria ace also supplied eight assists in what was an extremely prolific season for him as he played in multiple attacking positions.

Marega can play out on either wing, up front as a centre-forward or as a secondary striker.

To hit the amount of goals that he did in 2017/18 is no easy feat and Everton would surely be striking gold if they were to wrap up a deal to sign the 27-year-old before the transfer deadline next week.

It may be a costly move for the Toffees though.

Portuguese news outlet O Jogo has previously reported that Porto want clubs to meet Marega’s £35.3million release clause in order to sell him this summer, with a bid of £22.1m already being rejected.

However Everton are not ones to shy away from spending big and have already done so by splashing £40million on the signing of Richarlison from Watford.

Silva still needs a proven source of goals though and given this lethal streak last season, Marega would be a top-class signing by the Portuguese boss.