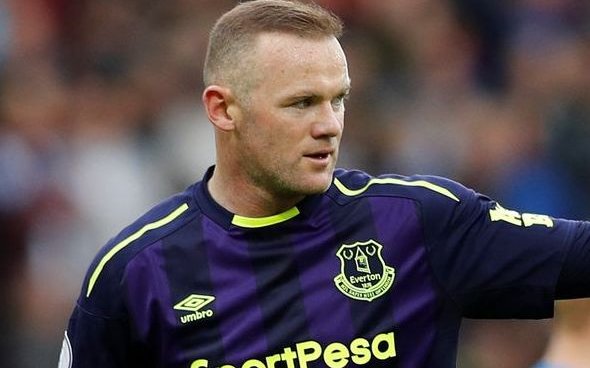 Rooney has been heavily linked with Major League Soccer outfit DC United in recent weeks, despite only rejoining his boyhood club last summer and having another year left on his contract at Goodison Park.

The 32-year-old was the Toffees top goalscorer last season with 10 goals, as the club stumbled to an eighth-place finish in the Premier League last season, resulting in former manager Sam Allardyce being replaced by former Hull City boss Marco Silva.

A number of high-profile English footballers have made the switch to America over the last few years including Frank Lampard, Ashley Cole, Liam Ridgewell, Nigel Reo-Coker and Steven Gerrard himself.

Gerrard, currently manager of SPL side Rangers, made the switch to MLS from Liverpool at the latter stages of his career and he feels that now would be the right time for Rooney to do the same.

Gerrard told the Press Association Sport, as cited by This Is Money, that: “I hope he does, I hope he makes it. I enjoyed my time at the MLS and enjoyed the life experience.”

“I think where Wayne is now in his career I think it would be great for him and his family to go and settle in an incredible state and see a lot of America.

“It is certainly a life experience I’ll never forget and I hope he goes and has the same.

‘The league is a good league, the players are fit and mobile and it is competitive and I enjoyed it at that stage of my career.”

When Wayne Rooney made the switch from Manchester United to Everton last summer, Toffees fans were hoping the move back to his boyhood club would reinvigorate a player who looked so far off the pace in his final season at Old Trafford, but that’s simply not happened. The former England striker was part of a team that came under a lot of criticism last season for their lack of tempo and spark, with Rooney one of the reasons the team stagnated. Despite clearly still possessing technical quality, the 32-year-old replicated his poor form at his previous club, being slow on the ball and failing to master a new central midfield role that he’s clearly unsuited to. Although Rooney is still relatively young, the amount of football that he’s played in his long career means that his body can no longer handle the pace and tempo of Premier League football. Ultimately, Steven Gerrard is right, a switch to MLS seems like a natural thing to do for Rooney at this stage in his career.