Tottenham: Lucas Moura to leave at the end of the season 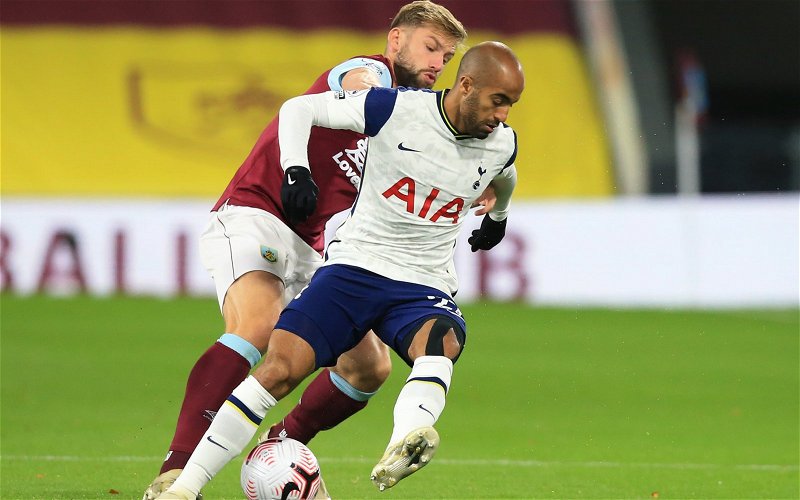 Tottenham Hotspur forward Lucas Moura is set to leave the Premier League club upon the conclusion of the 2022/23 season, according to reports.

The Brazilian is currently ruled out of action having sustained a serious tendon injury earlier in the campaign, with no timeframe provided yet for when he will stage a return.

The 30-year-old’s contract in N17 was set to run up until the summer of 2024, but Antonio Conte and Fabio Paratici now appear to have made a significant in-house decision regarding the attacker’s future.

According to Sky Sports’ Transfer Centre, Spurs ‘won’t take up the option’ of triggering the extension included in Moura’s deal, meaning that he ‘will leave’ the club as a free agent at the end of this term.

The top-flight giants are also reportedly ‘looking’ to sign a new attacking midfielder during the winter window in a bid to secure a place in the top four.

Moura has been a wonderful long-term servant since arriving from Paris Saint-Germain five years ago, and despite him not having featured much this season, it’ll be a real shame to see him go.

The Sao Paulo native has posted 65 goal contributions across 213 appearances in all competitions for Tottenham, highlighting the impact he had in the final third (Transfermarkt).

Moura has been dubbed a ‘genius’ by journalist Okon Nya, and it’s fair to say that he’ll always be a fan favourite in the capital regardless of where the next stage of his career takes him.